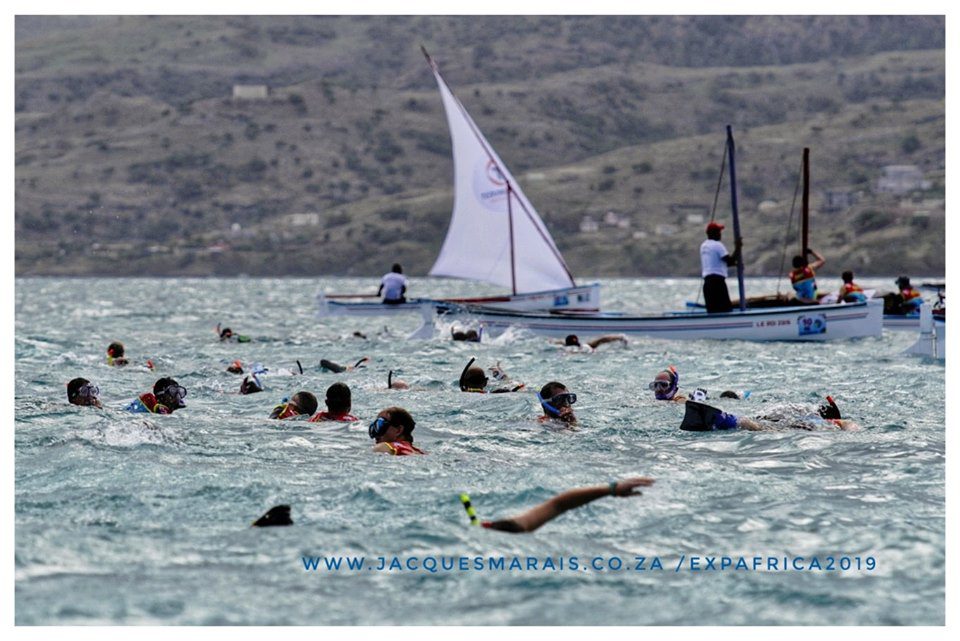 About 1am here on ‘The Island’, and fokkit, what a day it has been. The #expafrica2019 Adventure Race kicked off with a spectacular regatta, where traditional pirogues and the odd wayward sailor teamed up with the 60-odd teams in order to tame the Indian Ocean off this most easterly Mascarene island. Let’s just say the ocean won…

Right from the word go our boats were blasted by a searing tradewind as we followed the racers onto the Big Blue. Near collisions and a few capsized, plus a broken mast, saw a few teams limping back to shore…

After the colorful chaos of the sailing leg, everyone piled into the ocean, more than a kilometre off-shore to set off in search for three CPs. Easier said than done, with tempestuous tides and the wind whipping up the water, with spray flying everywhere.

A trek into the volcanic coastal ridges morphed into a whoop-it-up zip-line across a yawning gorge, and a descent back into the coast to pick up their bikes. When we left the teams to head back to the editing salt mines, they were toiling into the steepening hills above Port Mathurin, the capital of #Rodrigues.

Currently, #GREENERADVENTURES (Sweden), #Nevarest (SA) and #Jabberwock (SA) are in the lead, but this 320km race has barely started. On that note, I’m going to hit the sack for a couple of hours before doing a dark-zone sortie onto the northern coastline in search of more #AR Heroes