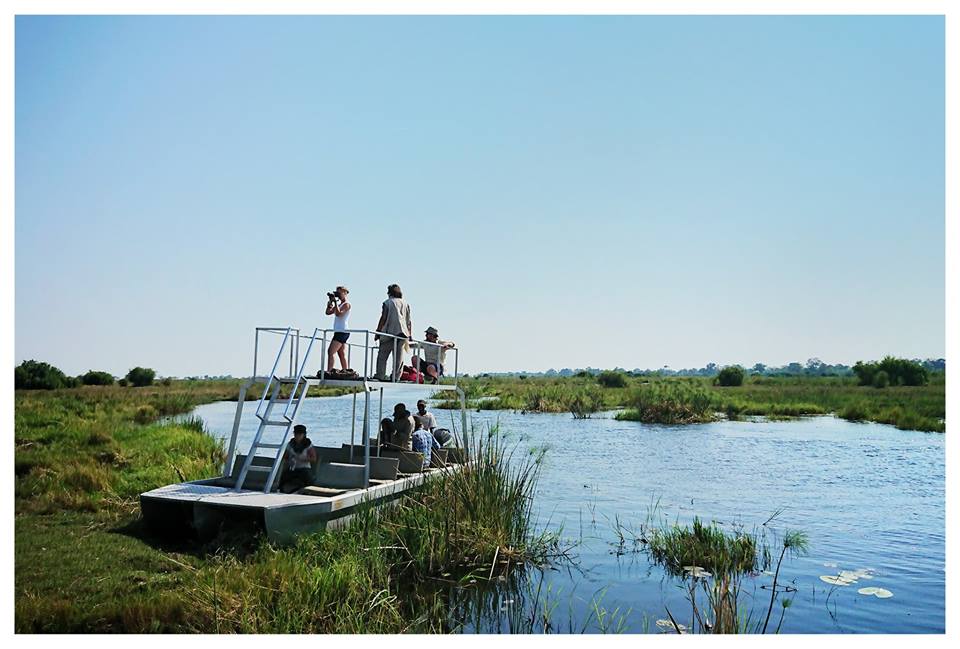 So how do you start a story about the #KAZA Transfrontier Conservation Area in Namibia? That’s pretty straightforward: you just tell people how you got revved by a pissed-off hippo bull on the #Linyanti River. Yup. Really.

Anyone who knows this area on the #Caprivi Strip also knows it is often referred to as the ‘Little Delta’. This rates as one of Namibia’s undiscovered tourism gems, right on par with Botswana’s #Okavango, and is an integral part of the #Kavango–#Zambezi TFCA.

Now, the Linyanti is a river of three names: it starts off as the Quando in #Angola, then becomes the Linyanti where it slices through the Namibian pan-handle, before finally assuming its role as the Chobe River at the headwaters to Botswana’s iconic wetland system.

Our #KAZA trip coincided with the very end of the dry season, and this means narrow channels winding via waving stands of papyrus and other aquatic sedges. We left Nkasa Lupala Tented Lodge – an Italian-run establishment oozing quirkiness and earthy continental style – on a combo game drive and boat trip just after dawn, and launched our double-decker boat onto the river a couple of hours later.

Soon we were chugging along at a leisurely pace, with leaf-hopping jacanas, sedge warblers and Goliath herons in a flutter all round. There were hippos, too, loads of them, languishing in lazy pods in the lily ponds lining the main channel. In a particularly narrow section of the river, two bulls surfaced ahead of us, and a bit of a cat and mouse situation began to develop.

Every dozen metres or so, they would surface to check our progress, snorting in disdain before scudding below the surface again. This Mexican stand-off continued for about 15min as our guide slowly pushed forward, until both hippos disappeared to leave a clear way forward.

Or so we thought. I was perched on the photo deck, approximately the size of a large double bed and 3m or so off the water surface, and scanning forward to see if I could spot them, when the one bull hit the boat from behind. He did so without any warning and with brute force, launching from the water like a 3-ton bewhiskered behemoth, and exploding a couple of metres from the water to hit the rear roof support with metal-crunching impact.

Fortunately, his gaping jaw connected with the metal pillar, leaving a gouge in the alloy and dangerously rocking the boat, but missing one of the passengers by centimetres. If the bull launched even 30cm to the right, he probably would have launched right onto the seat row, and in all probability overturned the boat.

As it was, the top deck rocked wildly through a good 30 degrees, and we scrambled to grab kit and also see if the hippo was preparing for a second charge. Annabelle, who basically stared straight into the murderous maw, was handling the situation pretty well, despite being in an acute state of shock, and we continued onwards in a state of high alert.

The rest of the cruise was uneventful in comparison, but with some exceptional bird sightings, including wattled crane, open-billed stork, rufous heron and long-tailed shrike. Large herds of semi-aquatic lechwe roamed the swamps, while kudu, wildebeest, impala and the full assortment of smaller mammals dotted the arid interior of the #NkasaRupala is a g of the National Park.

A quick coffee to say goodbye to Simon at the lodge saw us heading out of #namibia and into Botswana, the third country forming part of the #KAZA TFCA. More adventure awaits ...