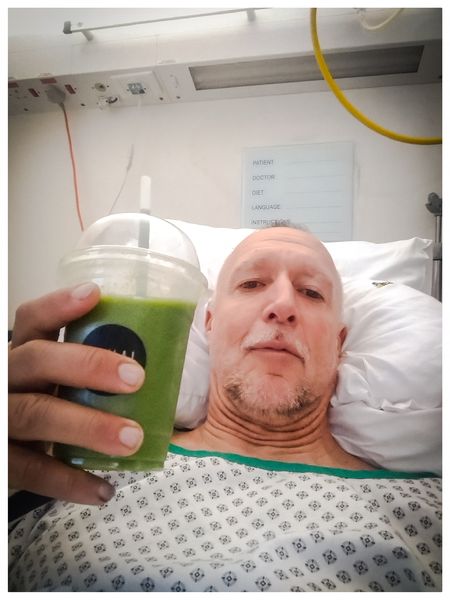 You think of absolutely nothing, yet soak up every sensory detail when you fall. Head over heels you spin, through the sky, with a mere 1.7sec before shattering into the rock-scattered impact zone. Intense disbelief is obliterated by surging adrenal spikes, coercing your lizard brain into snatching at any number of miniscule options for potential survival.

The amygdala jockeys with the prefrontal cortex, collaborating in a desperate effort to compute some kind of safe zone amidst near-surreal terror and utterly detached calm. You remember the ledge – a couple of metres below where you started the down-climb. This was before both the rock hand-holds had sheared simultaneously from the 15m-plus pinnacle, and you now twist in a last-ditch attempt to stick a hold on the brittle sandstone.

Your thumb dislocates, but you don’t feel a thing, because all your senses are snap-shotting the terrain rising up to meet you at a speed acelarating to roughly 62km per hour. You freeze-frame a small square of rock-free earth in your mind’s eye, contort your body to spread the impact across as large (and resilient) an area as possible, and then you brace every sinew and muscle and tendon for the impending impact.

Nothing you do can prepare you for the intensity of the pain, and you bellow guturally into the ground as black and magenta shock waves purge every iota of thought from your being. White heat sears your brain and washes away whatever is left of your consciousness, and for a moment, you feel peace as you hover on the edge of the earthly dimension.

But then you feel the grit of sand and dead fynbos against your cheek, and the sting of gaping flesh wounds, and you become aware of your friends shouting your name, and milli-seconds later you implode back into the epicentre of indescribable pain, shock and panic. It’s crunch time…

This may have been how this chapter of my life played out, but it is a mere moment in how the rest of my story will be written post-Groot Winterhoek. We may well have learnt a few l

essons on that mountain, but the Master Class commences in the here and now.

The learning environment is a hospital bed and my main subject focus will be recovery. Patience is not a characteristic I am blessed with, and my sudden lack of mobility scares me beyond anything else I have ever experienced in my life. It is time to recalculate and recalibrate my capabilities for now, and to go in search of small victories.

Manoeuvring in and out of bed is mind-searingly painful with multiple wrist- and ankle fractures, a cracked scapula, damaged ribs, half a dozen ripped ligaments and severe internal contusions. The black hole you need to avoid though is conjuring up unknowable injuries, or castigating yourself for your lack of ability. And there is always the lurking self-blame: how easily you could have avoided this scenario, how stupid you were to take a chance when your gut warned you the rock was flakey … sneaky rats intent on severing the fabric binding your sanity.

It is time to be mindful. And to be thankful to have the infinite love of Karyn Marais and my family, and so many good-to-the-core friends, who will help guide me as I negotiate this no-man’s land of frustration and occasional darkness, but also of newfound wisdom. However tough, I have come to realise this is part of my journey, and an experience that will shape me into a better and more whole person (despite all the broken bits and bones).

A huge thank you to everyone for all their messages and calls. Every single one of them is a crutch that will help me walk back into the wilderness again one day soon. That green smoothie was the best part of my day – huge thanks to Sumé (Mrs Johardt van Heerden)