Ride4Lions Day 2 – In the Shadow of the Fire Mountains 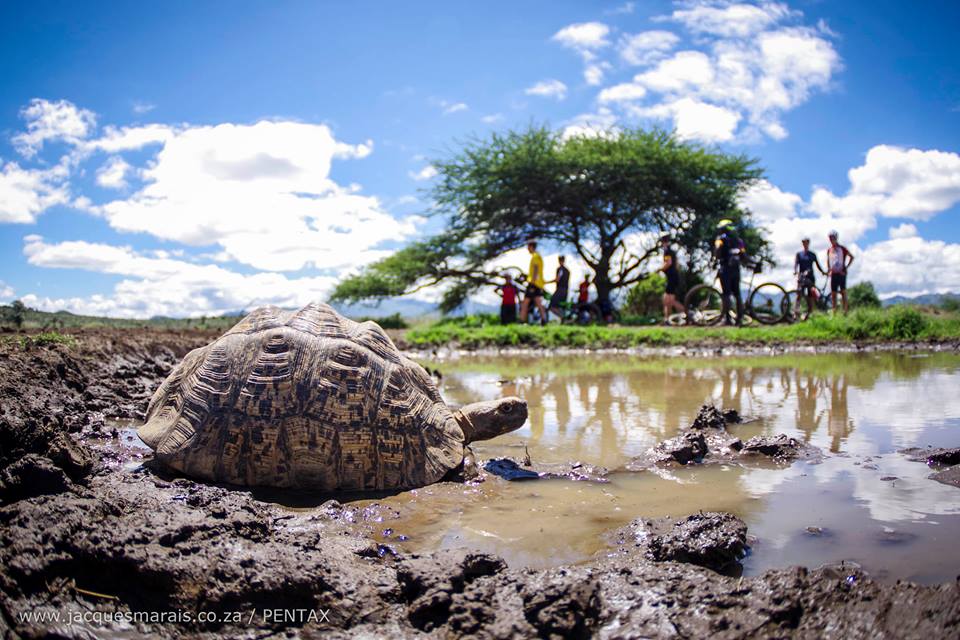 Kilimanjaro – with Uhuru Peak at a dizzying 5 895m – rates not only as the highest mountain in Africa, but also as the highest free-standing peak in the world. When you’re cranking across the Kenyan plains, the three dormant volcanic cones of Kibo, Mawenzi and Shira rise against the skyline as an ever-present reminder of how utterly insignificant we are in relation to good old Mama Afrika.

The mountain itself is situated in Tanzania, and is protected by the extensive Kilimanjaro National Park, a legendary climbing and trekking destination for adventure travellers from around the globe. The Kenyans like to say that, “while Tanzania got the mountain, they got the view”, and this is very true when you’re cranking your mountain bike across the vast plains abutting the Kili foothills.

This mind-blowing landscape set the scene for Day 2 of the Great Plains Conservation #Ride4Lions Stage Tour, and saw us cranking from the Kamani Sanctuary towards the #ChyuluHills, sky-lining towards the north-east. Don’t think you’ve escaped the the power of #Kili, though, as more than 250 parasitic cones spewed molten rock onto the planes during the past 2.5 million years since Kibo first erupted.

The legacy of these eruptions have left much of the landscape covered in phonolytic lava flows, or ‘fingers’ of near impassable cinder fields extending as extrusions across the plains. To cross these on a mountain bike is a tough task, and can ponly be done along a handful of routes where either elephant or other large animals have created narrow corridors over many a century.

These winding and gritty trails cut through porphoryttic fields of moss-covered rock – desolate in places and covered in bearded moss and lichen – and with a strong chance of encountering wild beasts on your crossing. If you do, there is literally no place to run or hide, which makes for nervous route directors and guides. Although we spotted fresh lion and elephant tracks, we did not come face to face with any mega-mammals as we cranked ever closer to the #Chyulu ranges.

The final ascent up to Crater Camp was along these ‘Green Hills of Africa’, following narrow and eroded tracks winding amidst dense savanna thorn veldt, dotted with lucky bean and hard wood trees, a favourite grazing habtat for the massive herds of ellies in the area. Armed rangers were therefore deployed along the route by the Big Life Foundation to ensure the safety of the riders, until they eventually passed through the danger zone close to camp.

Once again, our base for the evening was beyond superlatives. Perched on the edge of an ancient caldera, jaw-dropping views unfolded across the plains towards Kilimanjaro and beyond, and we saluted the end of another utterly umatched day in Africa with an ice-cold beer while the sunset tinged the vast panorama below us in shades of gold and amber.