Rough Riding Down Under 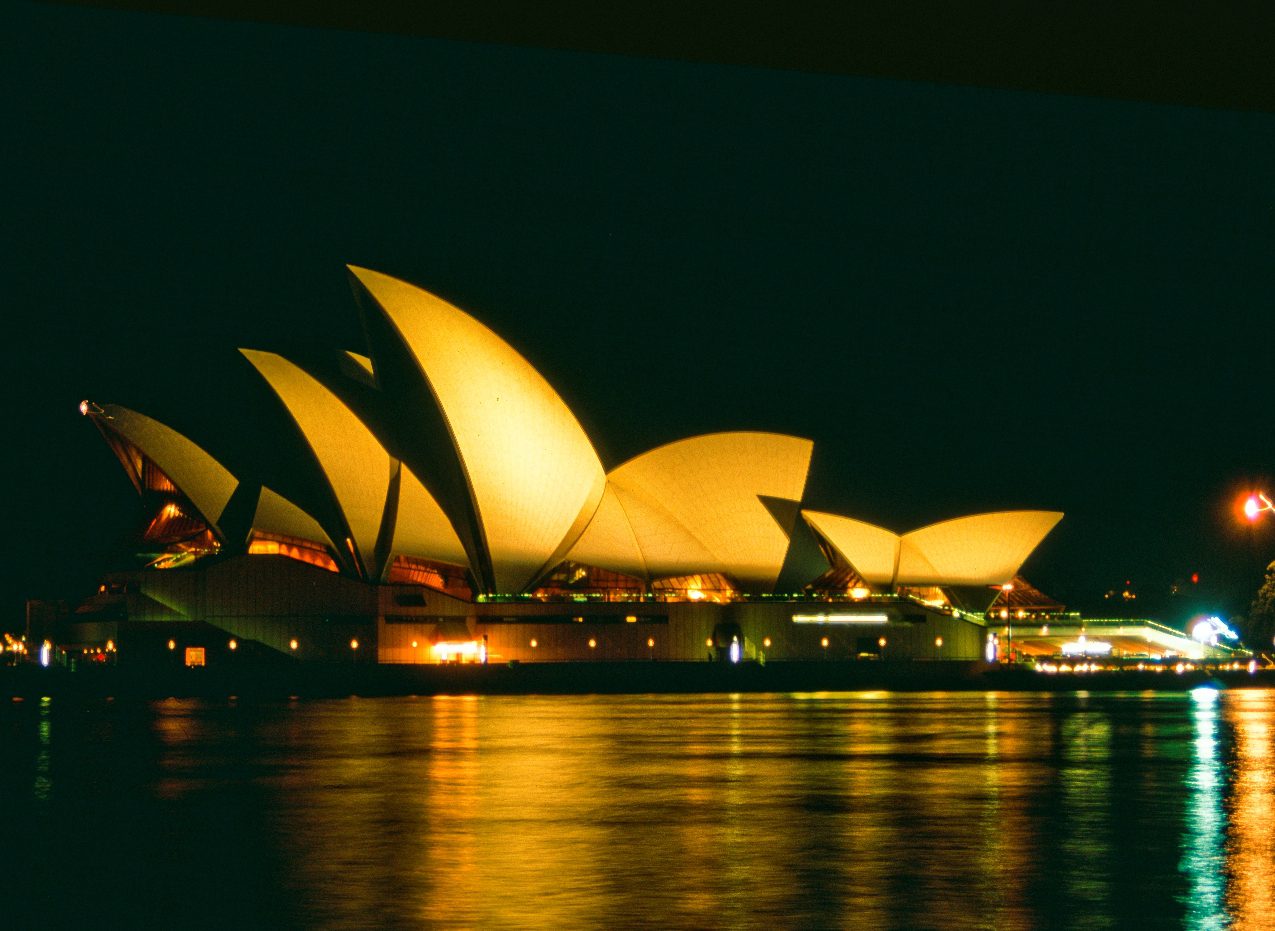 I shift in the saddle, relishing the warmth of the late afternoon sun slanting through the eucalyptus stands.  Erratic shadows angle away towards ochre sandstone cliffs.  Overhead, a flock of crimson rosellas flashes past in bursts of vermillion and blue.  I watch as Mike answers the call of gravity, dropping down and cannon-balling into the distance.  It is time to duel with this downhill.

Sand and rock blur past as you launch yourself into the teeth of the decline.  Focus.  Check out danger zones.  Alternative escape routes.  The sleek frame between your legs sidesteps skittishly.  Reposition yourself and attack the line.  Kick her steady and go for the gap.  Sideswipes a bit and jars across a minefield of fist-sized rocks.  Headstrong little bitch picking up speed now, shaking her sleek rubber ass at a pair of wheeling cockatoos.  Spurts of loose gravel rattle into the undergrowth.  A half-hearted attempt at reigning her in just to sneak a furtive glance at the speed.  Around 40km per hour.  Blood surging through your capillaries drowning out the rush of the wind.  You bang into a tight 90 degree turn.  Go into the slide.  Heading for a wipe out just to straighten out at the last second.  The jump flashes past beneath you and you go airborne.  Seconds metronome for an eternity before you blast down, real wheel shuddering.  Skidding into the next corner.  Lean left.  And then into the straight, peaking at 60 km per hour before the track levels out.  Coming around in a slow loop to haul her in where the valley opens up.  As the adrenaline fades into the safe zone, you flex your tendons and gaze across the panoramic Blue Mountains contouring away into the distance.  It’s bloody good being Down Under.

The Blue Mountains National Park, a veritable mountain biking mecca, is where Mike and I revel in our first taste of Aussie dirt tracks.  We had earlier managed to hire some average mountain bikes for AUD20 each in Katoomba, the springboard to the surrounding mountains.  (My Rough guide is spot on with their observation that this commercial heart of the Blue Mountain ranges might seem “a bit raw and characterless” at first).  There is, however, a burgeoning café culture in this rough and ready little town and we manage to celebrate our first decent ride in style.  It is also in Katoomba that I eventually come face to face with one of those great Australian institutions : the kangaroo burger.   Very red, very lean and quite tasty, especially when accompanied by copious amounts of Yarra Valley wine and appreciative glances from a voluptuous young waitress.

In a country which, despite a population of only eighteen million people, rivals the USA in size, you have a lot of space in which to go busy.  So if your holiday is geared towards the open air, Australia offers outdoor pursuits ranging from trekking, fishing and skiing to diving and surfing.  Off-road biking comes into its own in the green and mountainous south-western part of this smallest of all continents  In New South Wales, Australia’s premier state, the climate varies from Sub-tropical in the north to temperate in the south and magnificent national parks and wilderness areas abound.  You are spoilt for choice, with destinations including Mount Kosciusko (Australia’s highest peak at 2228m) in the Snowy Mountain ranges, the spectacular Blue Mountains on the Great Dividing ranges and the unspoilt Jervis Bay Coastal National Park.  Keen mountain bikers will be chuffed to hear that outdoor excursions, often with all gear supplied, are organized by reputable adventure companies throughout the country.  And if you feel like going it alone, you will find that even one-kangaroo towns have some wild-eyed adventure guide at the ready with a few MTBs for hire.  Chances are you will find him at the local backpackers or caravan park, but try the pub if all else fails.

Mike and I decide to move down south from New South Wales, hopefully to soak up some rain forest in Victoria, Australia’s second smallest state.  To get there, we brave a QANTAS flight from Sydney to Melbourne, a train journey to the eminently forgettable Geelong and finally take on the Great Ocean Road to Apollo Bay by V/Line bus.  The nearly 300km of scenic coastline in southern Victoria is reminiscent of The Berg meeting Nature’s Valley – spectacular limestone cliffs, unspoilt beaches and lush patches of rain forest spilling down onto a restless ocean.   The village of Apollo Bay affords visitors an excellent gateway to the scenic Twelve Apostles, with these towering limestone pillars probably rating as one of Australia’s most recognizable natural wonders.

After a visit to their excellent information centre we dump our gear at the Waratah Van (as in caravan) Park;, rent some bikes from a guy on the same diet as Shane Warne and head out towards the Otway mountain ranges.  About 9km out of town we cross the park boundary, leaving the tar road behind to follow the Ellion River towards Blanket Bay.  We wind our way through dense eucalyptus timberland before slashing into evergreen rain forest, resplendent with soaring tree ferns and wetland gullies.  By now the intense humidity and quagmire tracks are beginning to take their toll, but new and exhilarating vistas opening up around every bend tempt us along.  We flush a wallaby on one of the downhills and pedal furiously to keep up with it, but it effortlessly bounds away to disappear in the fecund greenery.  Parrots and kookaburra’s join in raucously, their alien squawks an exhilarating reminder of explorations on a strange continent.

Approximately three hours of hard slog later we finally break into the sunlight on the ridge overlooking Blanket Bay.  We leave the bikes and follow a steep and winding track down to the beach to relax in the afternoon sun while replenishing our reserves with a meager selection of dry rations.  I’m ready to engage in a mutiny, but Mike convinces me that we need to get to Bimbi Park before nightfall.  By now we’ve been in the saddle for nearly four and a half hours and I am hitting the wall.  A chance sighting of a reclusive koala mother and baby, placidly scrutinizing our progress from an overhanging branch, counters some of the fatigue and we finally reach the turn-off to Bimbi around six pm.  We locate the incredulous owner, buy two bags of pasta and a pack of lamb surprise sausages (the surprise probably referring to the wombat content) and crash in an ancient trailer van.  After a solid 10 hour sleep we wake up rejuvenated and ready to take on the 30km return route (this time fortunately by tar road) to Apollo Bay.

En route we pass the local airfield and end up negotiating a deal that we cannot refuse, even after doing the Rand to Aussie Dollar conversion thing.  We take off on an aerial flip to the Twelve Apostles in a small, fixed wing Cessna while our pilot talks us through Australia’s 200 year history.  This takes about 3 minutes before conversation switches to the eternal rivalry between SA and the Aussies in all things sport.  Mike and I do not, however discuss that final Allan Donald run-out during the Cricket World Cup semi-final.

We bank high above the Tasman Sea and return to Apollo Bay across Port Campbell National Park, the Cessna’s shadow cavorting far below across a patchwork of forests and plantations merging with dairy pastures and picturesque country villages.  So many similarities between Australia and home – high-spirited people, wide open spaces and a culture not averse to sport, the occasional barbeque and a few ice cold beers. With the added bonus of negligible crime, it is easy to understand why so many South Africans get high on Down Under.