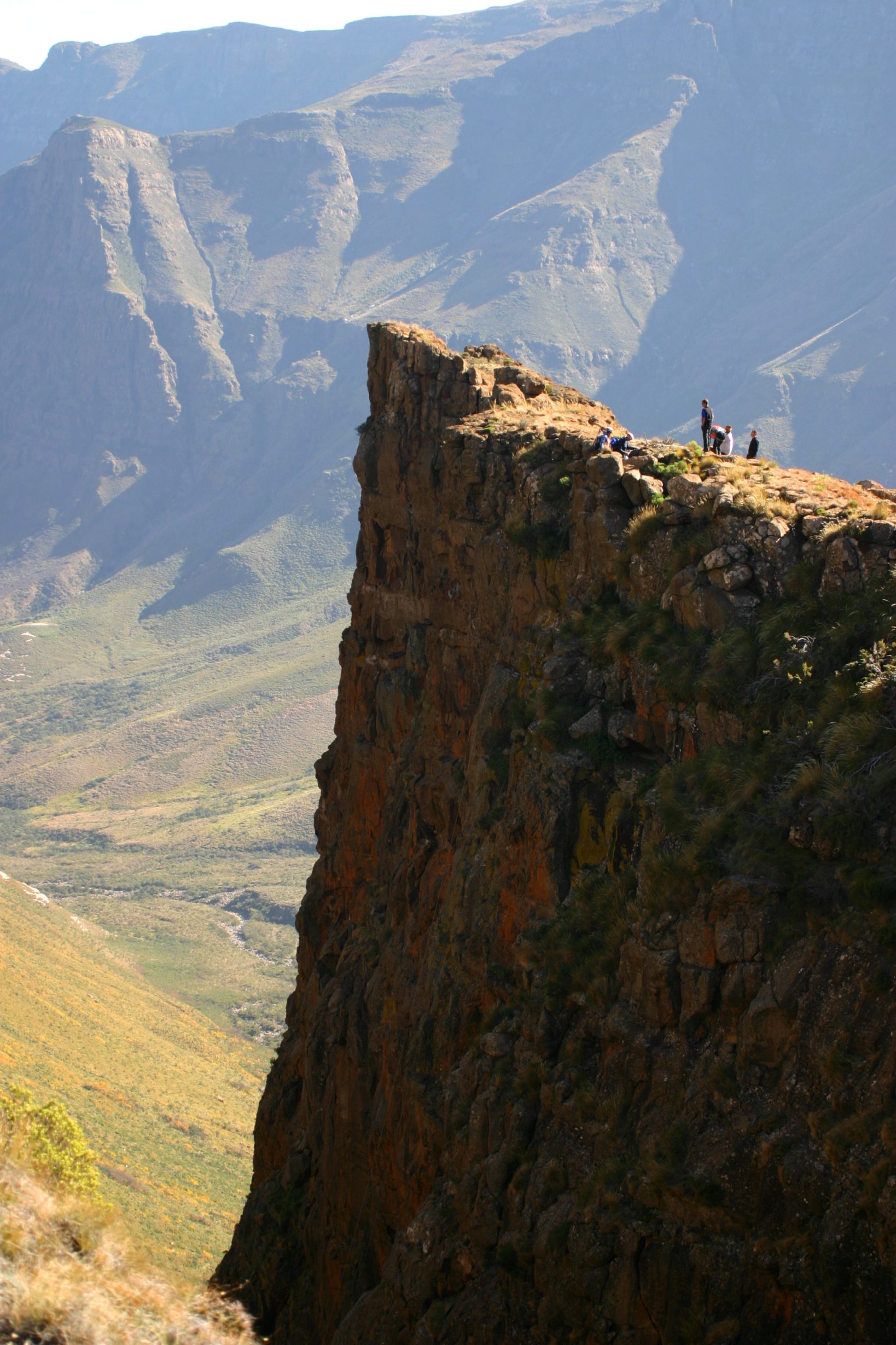 12h00 – Midnight. Fucking dark and freezing. Steam shrouds the 40 athletes lining up at the start of the African Quest. Bright neon colours fade to black as the night swallows the ambient light.

12h25 – Teams mill around on a gravel road with pine plantations spiking high against the velvet sky. Maps are out and they plot co-ordinates received at Checkpoint 1. Kinetic Transcor is out of the blocks in first place. 1 km down. Nearly 400 kays to go.

03h44 – Dodge left. Brake. Thump! Another rabbit bits the dust. Shit. These furry critters must have a death wish. I’ve been on the Moshesh’s Ford road for what seems like hours. Must get around the mountain to get to the front of the racers. Again a rabbit blurs into the periphery.

05h47 – Sirens go off somewhere deep within my subconscious and I snap awake after just on 2 hours sleep. Rhodes Hotel. Whoo-hoo! This means breakfast, but it’s got to be quick.

06h50 – Shake, rattle and roll along the Bokspruit gravel strip and then boom onto the

Riflespruit Road. Nobody at the transition yet when I get there, but Team Salomon hoofs in half an hour later, looking fresh and focussed. Their seconds aren’t there yet, so they power-nap beneath the trees while they wait.

09h12 – I chance into race clothes and hike onto the Mount Mourne trail to search for the next teams. Around me, sandstone and basalt cliffs buck in amber glory above the soft curve of a hundred grassy slopes. Golden leaved willows stroke low branches along the mirrored surfaces of silent pools. I can’t help but hum a tune from Creedence Clearwater Revival.

10h04 – I bump into Jack about 4 kays up the kloof. He looks sceptical when I ask whether he’s seen any athletes running higher up in the kloof. “Aikona,” he says, “this is my kloof. It is only me that lives here.” Two kms further along the footpath I find his little kaya clinging precariously to the cliff. Two mongrel curs bare their fangs at me, protecting Jack’s forever views and straggly patch.

12h41 – I hear yee-ha hollering from up high and see Tem Tension Structures loping along the trail towards me. “Hiya honey!” It’s Tatum and she’s as excited as a kid in a candy store. “This is awesome! Last night was freezing, but we had a stunning night out – those Canadians had better watch out!”

12h54 – Jeep materialises from the landscape next, with Cyanosis hot on their heels. They’re all like hounds let loose on a hare, sniffing their quarry, straining on their leashes. Sakkie’s hurting, even though he laughs it off. During the dark bike ride last night, he went over the top of his handlebars and just about dislodged his shoulder. “Dis oraait,” he grimaces as he hoiks his pack, “ek het nog een.”

16h02 – The last rays of the afternoon sun slant across Naude’s Nek. Diadora is chasing Salomon and really turning up the pace. Kirsty Burrows leads from the front, all determination and focus as the gloom of dusk scuds in over the Drakensberg. I slog back towards Rhodes with the gloom scudding in across the landscape.

05h44 – Not enough sleep, but we’ll survive. Slept at Tiffindell with the jet engine howl of the snow machine rioting right through the night. Still dark, but hoping to snuffle out a breakfast of some sort.

06h13 – Bump into Cyanosis bundled into their sub-zero gear and get sucked into their hike. Time to grab 4 stale rolls as emergency measures, then plough into the frozen gale blasting from the snow machine.

06h39 – Halfway up Ben Macdhui, but still on the shadow side of the mountain. When we crest just before 7 am, we get spiked by the first rays of the sun, but any effect is negated by a freezing wind hoaring in from the Lesotho Highlands. I check the temperature on a Suunto wrist-top; wind-chill plunging beyond -14˚C!

08h51 – Approaching the Telle Falls abseil site and have warmed up considerably. Simon’s telling crappy jokes and cajoling us into a B-grade movie quiz, gaaning aan, prating kak. Streams are frozen 15 – 20 cm thick, with the faint sounds of running water gurgling underneath.

09h22 – Martin is my hero if Takoeza ever dies. “Want a coffee?” he asks. Visions of Ricoffy are soon dispelled when he hauls out a bulky dayglo-orange grinder, pops in some dark roast beans and a few cardamom pods. Turkish blend of note, served up in demi-tasse blikbekers, nogal. Life is good.

10h44 – See Diadora off as they drop off the end of the world, small dots swallowed by a vomit of scree hundreds of metres below me. Then trudge back up the frozen kloof in search of other teams.

12h01 – A spotted eagle owl flaps soundlessly from beneath my feet as I sneak up on Team Raid The North, leaving me feeling like a wizard from a Harry Potter movie. Also see Sterling Distance, but Kojo-pani, traverses the high ridgeline and I can’t make it to them.

14h49 – Bonking big time. Have been hiking for a solid six hours and the nutritional value of my 4 bread rolls is long gone. Neon glint in the grass. Fizz Bar! Four of them!! Must have been dropped by a racer. Or maybe a hiker a year or so ago. Who cares? I wolf down the soggy, sticky mass and wait for the sugar rush to hit me.

16h20 – Dipping down towards the Wartrail/New England region to the farm Balloch. Stunning light as I drop more than 1500m over 20-odd kms. Then it’s back to business, hiking into the dark with Tension Structures.

05h00 – Wake-up call. Jan Heengo, a Cape-based race organiser, joins me and we take off to the farm Ossa where the first teams are expected just after dawn.