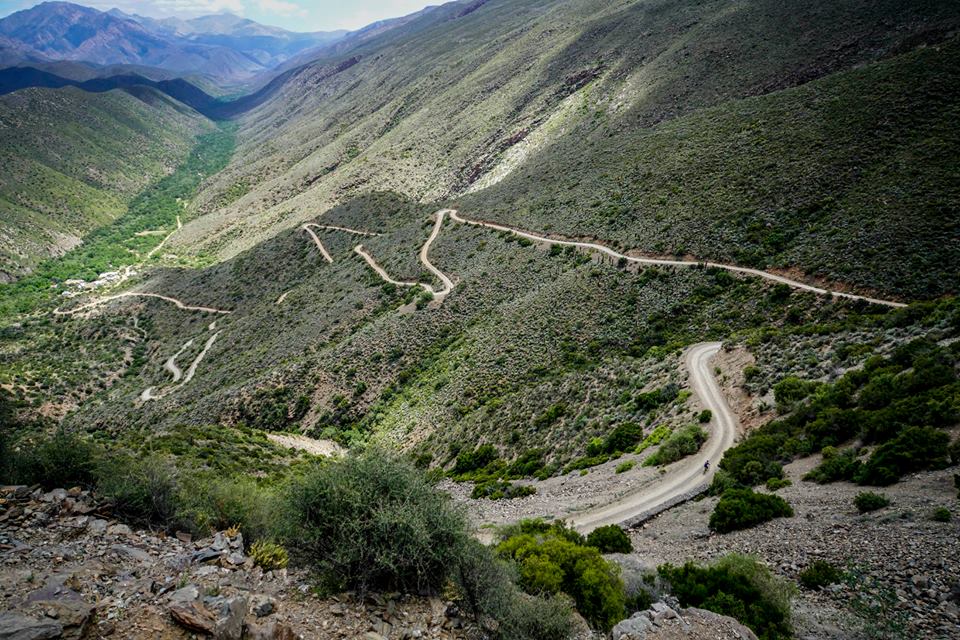 Some mountain bike races are (and always will be) old-skool classics. Hell & Back certainly rates as one such race, and it also boasts the distinction of being South Africa’s first ever MTB Stage Race.

This year saw Ecobound’s MTB baby turn 21 and, as usual, these two days of bike adventuring into the remote Gamkaskloof once again turned out to be a skop of note. But then, what else would you expect from the ‘Unofficial#MOVEMBER World MTB Champs’?

Starting from the De Hoek Resort near Oudtshoorn, competitors can expect one moer of a trap into Gamkaskloof. This valley is colloquially known as Die Hel, for a number of reasons: heat and extreme temperatures, for sure, but also for the dnagerously steep road you have to navigate into the back of beyond.

Even today, this moer-and-gone valley can only be accessed via a dead-end pass with vertiginous drop-offs and erosion ruts of legendary proportions. The historic pass, built by Thomas Bain, winds through the rugged and inhospitable Swartberg ranges, and it takes guts to get in there on a bike.

Some would say it takes a ‘special kind of idiot’, specifically if you’re one of the single-speeders like Ben Olivier and a few equally masochistic MTB mates. Once you’ve survived those deep and dark places that comes with pedalling up Heartbreak Hill and lift-shafting into the heart of Die Hel, Gamkaskloof turns out to be pretty bloody all right.

A tent village, braai fires, loads of Windhoek Lager, red wine and the delicacies of Hell’s Kitchen – run by Carmen Schmahl– life seems to be on the up. Unfortunately, there’s a shiteload of ‘up’, and it lurks just a few metres beyond the startline in the form of Elands Pass.

It takes serious guts to ride these 26 switchbacks on morning-after legs, but you have no bloody choice. Ask me: I’ve done it on a few occasions, and there’s some serious suffering involved in the calf department.

Beyond Elands it gets easier, but not much, until you eventually bleed onto Die Top. Wrestle your way through high winds and near-zero temperatures, and you will be home and dry as you zigg the more than 20km of downhill back to De Hoek.

There will always be blood, sweat and tears, but with it comes huge dollops of satisfaction, and war stories which will stay with you for a life-time.