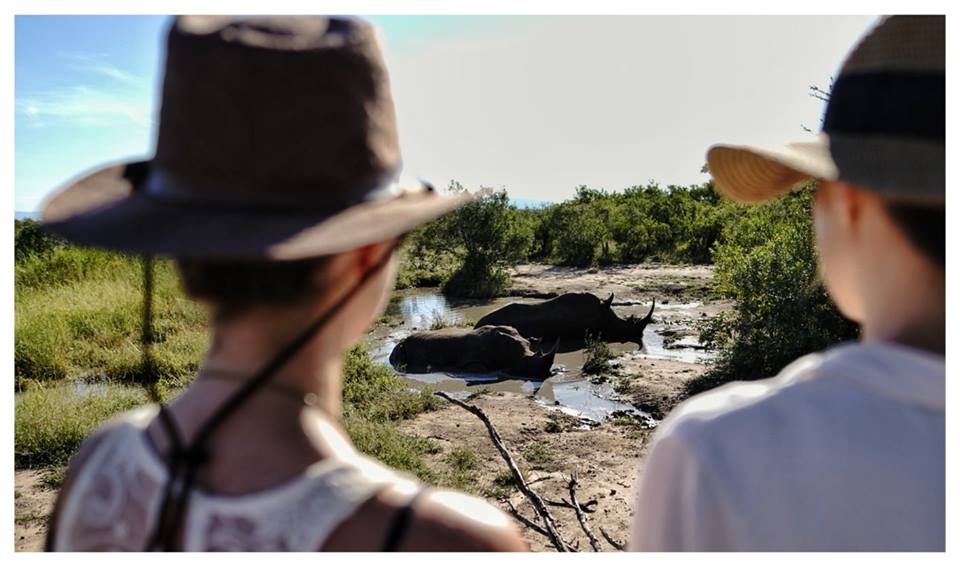 Over the past few days, I had the privilege of traveling with a group of journalists and film makers on a fact-finding media trip to visit some of the key institutions fighting #rhino poaching in southern Africa. With the assistance of the neutral Comanis Foundation, we managed to meet with a full spectrum of #conservation specialists, anti-poaching experts and rhino custodians.

Our final couple of days was spent in the bush in beautiful #eSwathini, an undisputed natural paradise and one of the only countries to have successfully stemmed the poaching tide. Crack rangers and political will seem key factors in a near lack of rhino fatalities here, with the last deaths – incredibly – in 2014.

Based upon wide-ranging input – and consistent and often robust debate around this emotional issue – I can truly say we’ve walked away with more questions than answers. What is however intimidating is the macabre glimpse we got into a dark underworld where rhino horn sells for anything from an astounding US$60 000 per kilogram.

This means a low-level poacher can walk away with well over R250,000 for slaughtering one of these magnificent mega-mammals, and it is therefore no wonder rhino fatalities since 2009 are fast approaching the 10 000 mark. (A staggering 2 390 rhinos were killed in 2014/15, equalling more than 10% of the total global population of these gentle pachyderms).

Private rhino numbers outgun former African strongholds such as Kenya, and these ranchers are arguably critical to the survival of the species. They concur with anti-poaching specialists, wildlife veterinarians, parks personnel, reserve managers and an ever-growing groundswell of conservationists that current laws and measures will see rhino extinction happen in 20 years or less.

Most vocal in this call for change is one of southern Africa’s original conservation stalwarts, Ted Reilly of #eSwathini’s Big Game Parks. He initiated conservation in the then #Swaziland, and after decades of fighting at the forefront of this war to protect wildlife, he feels a #ProTrade stance is critical to ensure the survival of the species.

This is obviously a contentious issue, but one thing has become abundantly clear: “We’re losing the #RhinoWar, and it is time to reconsider the arguments against legal trade in horn”. I suggest you read some of the in-depth opinion pieces on horn trade before blindly regurgitating your current ‘wisdom’.

Strong partnerships between the private and public sector have led to great conservation success stories, and hopefully rhino lovers from both sides of the current divide will unite in order to ensure the future of these gentle giants. All relevant articles, features & footage will be uploaded to www.comanis.ch