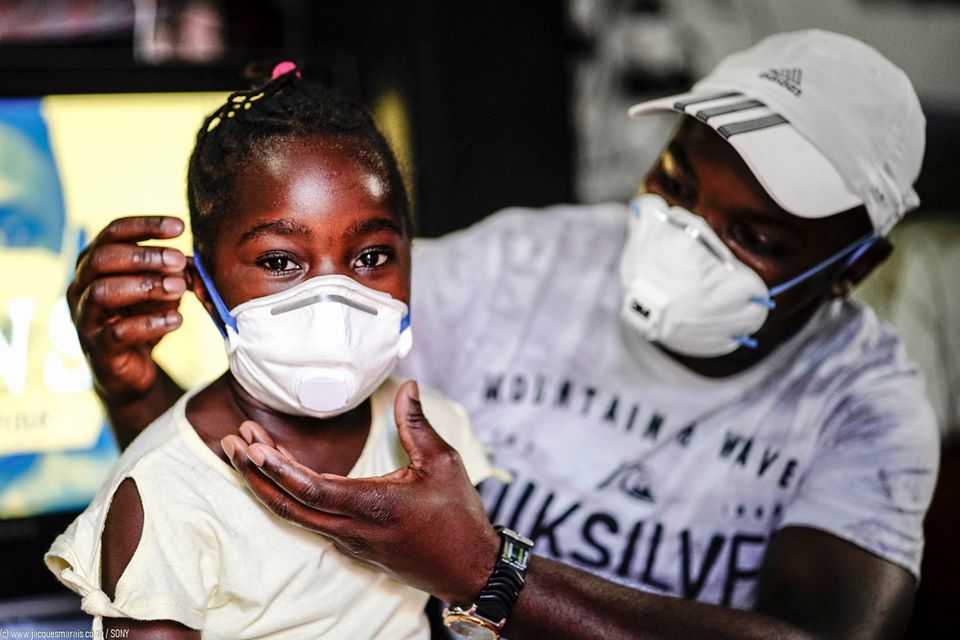 There was a beatific rainbow hanging over the leafy Southern Suburbs as I drove back from another day of capturing #COVID19 imagery in the greater Cape Town area. I would love to grasp onto this as a radiant symbol of hope, signifying that all will be hunky-dory with our Rainbow Nation. But I’m a realist, and I know it is mere refraction: rays of light dispersed by droplets in the sky, rather than a magical sign from the gods.

I also saw a grandmother ; a lady who I am sure must brave fear of ‘the virus’ every day, but still stoically faces a crowded commute to come and make masks as an essential services employee. And a father in a township, eking out a living in a home smaller than most suburban bathrooms, fighting an impossible fight to self-isolate his daughter in a space where 30-40x people share the same outside tap and toilet.

And there were the people in the homeless shelter, shouting that they are being treated ‘like cockroaches’. And the police guarding this marquee tent – flapping like a dying albatross in a south-easterly squall – visibly at wits’ end, trying their best to enforce control, but realising this powder keg of emotions needs but one spark …

Yes. The rainbow was beautiful. And yes, it made me happy, but also heartsore, because there is a mountain to climb if we’re going to save South Africa. Instead, all we’re doing is waiting and watching while politicians waste time implementing laws with absolutely no point to them, or moan because the next-door neighbour dared to venture more than ten yards from his front gate.

It’s time to get back to work.

PS: I had a corona test. So bummed I can’t claim my immunity passport yet.