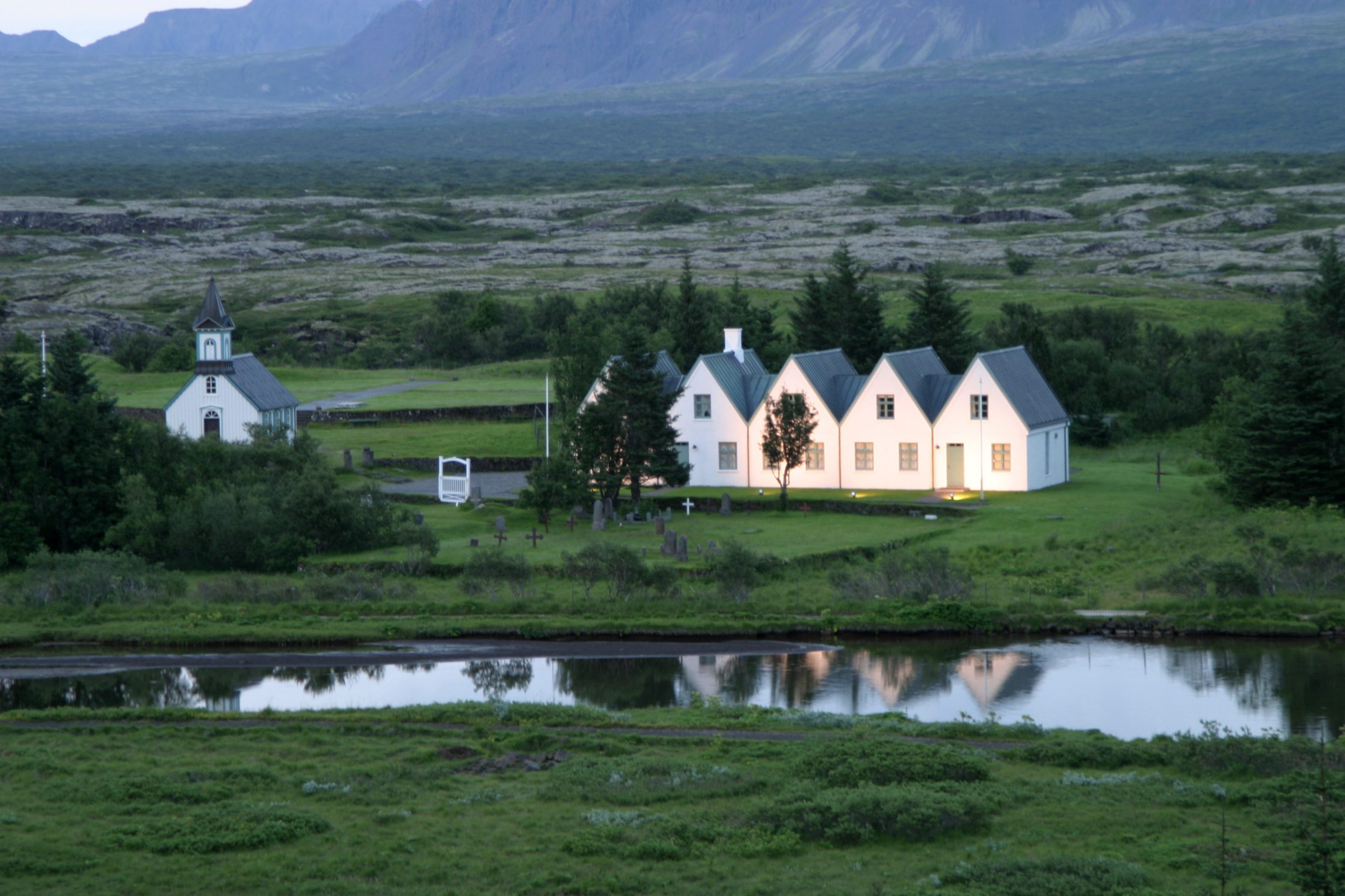 Babelaas. Very big one. Manage to cope with the rigors of heavy backpack, public transport and airport queues, but only just. The Iceland Air flight however is absolutely efficient and quite pleasant, so by the time I meet Jolize at Keflavik, I have recovered enough to at least feel (and hopefully look) semi-human. Possibly noticing my rough-around-the-edges state of mind, she suggests a visit to the world famous Blue Lagoon, probably one of Iceland’s best-known tourist attractions. It is a truly surreal experience to see the steam from the geothermal pools rising from a gray-green lichen and lava landscape crumpling away towards a distant horizon, razor-sharp with the cut and thrust of volcanic peaks.

We laze within the silica smooth embrace of the powder blue pools, letting the jet streams from deep within the bowels of the earth pump out boiling water and steam so close you can hear unearthly rumblings. Then, totally refreshed and ready to rumble, we hit the road in her old skedonk. An Afrikaans girl from Pretoria, she and her ‘significant other’ came to Iceland to pack fish for a season and ended up falling in love with the extreme desolation of this remote and inspiring island. It is now well on thirteen years later and they have bid the bright lights of Reykjavik farewell for the rural cool of Grundarfjördur, a small fishing village with a population of 970 souls in Western Iceland near Snaefellsjökull glacier.

Right now however we’re heading for the geysir of all geysirs and the one after which geothermal waterspouts around the world have been named. It is a surreal journey of around an hour and a half from Reykjavik via a landscape so otherworldly you have to pinch yourself to make sure you are not on another planet. The geology of Iceland is extremely young in global terms and the surroundings mirror what seems to be a landscape still under construction. Fissures zigzag in great gouges through the lowland dales, craters gape like gargantuan bullet holes below the sweeping clouds, serrated magma ridges rear up to rend at the clouds, boulder fields jut from lichen slopes to glint like mutant mushroom fields below the high night time sun and I feel like I am on an insanely surging acid trip.

Human habitation is limited, with the landscape occasionally grudgingly giving way to small settlements, farming homesteads and fenced pastureland. Golliwog sheep snap into view like candyfloss tumbleweed and herds of Icelandic horses stiff-leg along the marshy fields in a characteristic and unique fifth gait known to locals as the tölt. We reach Geyzir and its lesser vents way past my bedtime to wander with eyes wide-shut within an otherworldly landscape rent asunder by the inexorable shift of tectonic forces surging deep down within the core of the earth. Gaze through the belching bursts of steam leaking from boiling miniature craters, listen to the obscene rumble of the interplanetary intestinal system and taste the slight bite of sulphur at the back of your throat and it won’t be difficult to believe that you are a prisoner of dark forces held within a menacing, Middle-earth Mordor.

Every few minutes, the smaller of the active vents, Strokkur (the churn) would boil and bubble to climax in a powerful eruption of boiling water and steam erupting skywards in cascading jets up to 40 meters high. When the steam disappears, the gurgling crater would grudgingly settle once more, burping and bubbling away to bide it’s time until it’s next eruption. Despite the loom of midnight, we decide to push on the additional 10 minutes or so to Gulfoss waterfall, a mean rumble tumble rush of roiling white water crashing along a series of cascades before plunging into a narrow gorge. This is sheer, breathtaking power and the water flows with such intensity that it seems to suck the surrounding air from the valley, leaving you to stand within an apocalyptic vacuum alive with the roar of a thousand angry Thors. I clamber down a small cliff to stand upon a jutting lip of rock thumbing out across the flow, feeling the hypnotic tug of the freight train river careening onwards into oblivion, sensing its awesome power, understanding my infinitesimal smallness within the wild buck of this runaway landscape.

Somehow the road to Qingvelir sucks us in, coercing us off the Reykjavik highway to shudder and buck along a gravel strip tripping into shale and lava slopes, slip sliding towards a shimmering midnight sky. We stop above a tranquil tarn reflecting ox blood red below the tinted clouds and follow a magical canyon glinting full of wishing well coins to an ancient platform, which reputedly served as the Icelandic parliament around the 9th? Century.

We wander in the shadows of a gnarled cliff, climbing to the summit of a small hill with a view across a small church and hotel at the edge of a moody lake. Not a sound, not a whisper, nothing. Just our breathing punctuating an immense and untouchable silence. It is only later, while clambering downwards through a dense copse of firs, that a far-off howl penetrates the quiet. Maybe an arctic fox, but most probably a husky chained outside one of a number of summer houses dotting the lakeshore and surrounds. We cross the geological divide between Europe and the Americas, a contorted gouge ripping in a straight line through hill and valley supposedly mimicking the separation between the tectonic Pilates of the two continents. Then, finding ourselves inside an ancient Norse graveyard where pockmarked iron gravestones loom against the bright light of night, I sense the whispering hiss of nether worldly spirits clamoring soundlessly just beyond my perception. Or maybe it is just because I have barely slept for 48 hours? Whichever way, in Iceland it is OK to touch the unknown. Everyone else does – from the mythical hidden people living inside the rocks to pagan beliefs intermingling with long dead souls – everything goes. So we walk further into the weird night, following our dancing moon shadows across the wooden bridge and along the rocky footpath. And all the while, I can feel a crystal cold tingle running berserk up and down my spine.