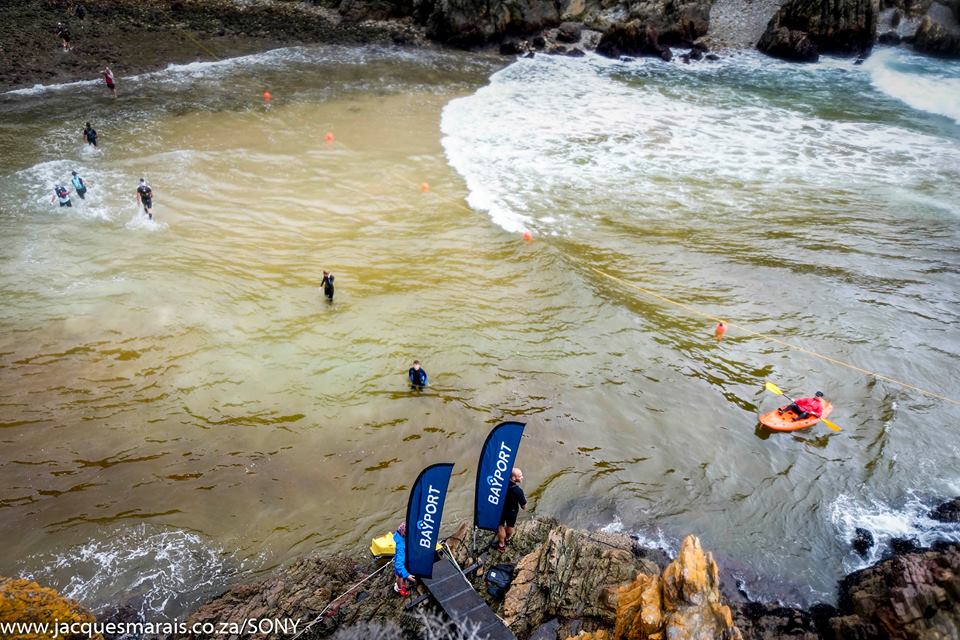 The Challenge Edition of the annual Otter African Trail Run – following on two days after the Race event – Seemed set to throw a curve ball at organisers Magnetic South this year. It bucketed with rain for most of the night, with heavy showers predicted during the day as well.

Despite a rather wet start, however, the day turned out as a pretty much perfect running outing, with cool weather and just about zero precipitation along the trail. Although the Challenge runners are generally not professional athletes, they still take their running pretty seriously, and there was a lot of tension as the lined up at the De Vasselot Start in the beautiful Garden Route National Park.

A dawn start saw then slogging across the deserted Nature’s Valley beach before heading onto the sea cliffs along the legendary Otter Hiking Trail. It takes Joe Bloggs a solid 5x days to tramp this 42km trail in hiking boots, but the Challengers had a cut-off time of 11hrs to contend with.

Bloukrans proved to be their first major obstacle, and the front runners hit it at speed. The yellow BayPort slide into the water once again proved a crowd favourite as runners splashed into the surging tidal swell.

A steep climb out of the gorge took them along a ripping running section to Lottering River and the half-way mark, before the gruelling climbs en route to Scott and Ngubu Huts. And finally, the crux of the route awaited, with the rock garden gauntlet past the waterfall and into the home stretch.

Despite the severity of the #Otter Challenge, only eight runners were pulled off the trail, and Mark Collins, Christine Collins and their superb crew managed to shepherd the more than 200 runners home in good shape. It was fantastic to once again be part of the this ‘Grail of Trail’, undoubtedly the pinnacle of off-road running here in our Rainbow Nation. Respect to all the runners, marshals and crew 🙂