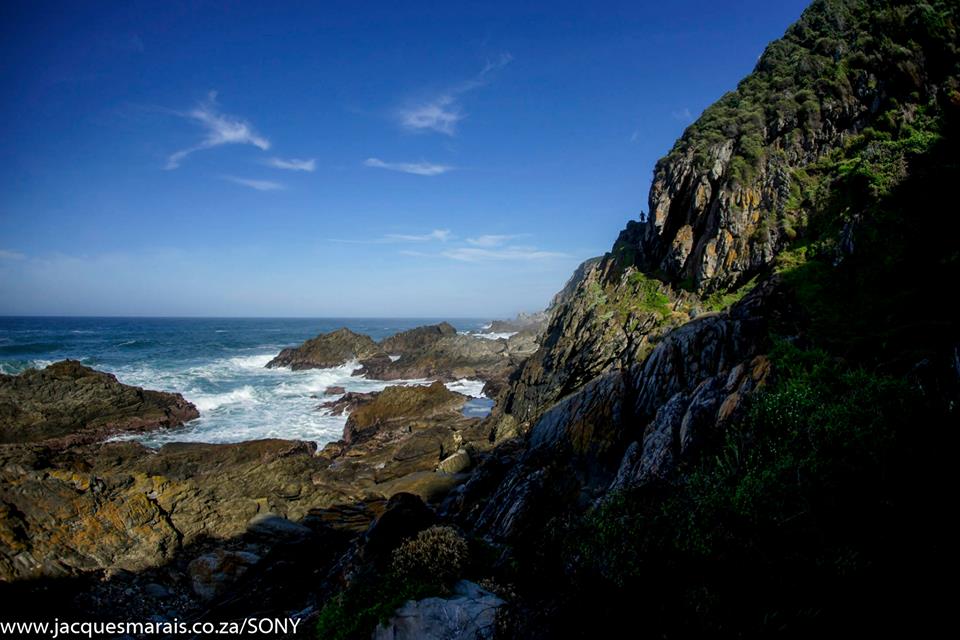 In the absence of trail running World Champion Ricky Lightfoot (UK) and Salomon SA wunderkind Kane Reilly, some observers may have thought that this year’s OTTER African Trail Run – presented by Salomon and GU Energy – may have lost a little bit of its cachet.

Well, the nay-sayers could not have been further off the mark. Bottom line, with premium runners such as the gritty AJ Calitz, gutsy Thabang Madiba and ever-green Iain Don-Wauchope lining up at the start, the ‘Grail of Trail’ was never going to be lacking in action or excitement.

The Women’s Field was to be a star-studded affair in its own right, with trail heroines of the ilk of Roelande Greyling, Nicolette Griffioen and Susan Erskine Don-Wauchope throwing down the gauntlet along the 42km route from Nature’s Valley to Storms River Mouth.

Add to this a supporting cast of hard core contenders such as Christiaan Greyling, Ryno Griesel, Katya Soggett, Mazu Ndandani and local legend Victor Gugushe, and you could guarantee it to be ‘Race On!’ right from the starter’s gun.

With two husband-and wife teams in the mix – the Greylings and Don-Wauchopes – the chances of a ‘Double’ were widely mooted, but in the end it came down to two incredible athletes to make history.

Hard Man of note AJ Calitz gunned it right from the start, but no quarter was given, with the fiurst three men crossing Bloukrans literally seconds apart. Even at this early stage, ‘The Don’ from KZN was looking so tranquil, he may have discovered a secret patch of mountain cabbage some where along the trail.

“I was quite comfortable, but when Thabang surged, I let him get away from me”, said Don-Wauchope. “It could have gone either way”, he admitted; “if Thabang kept a bit of energy in the tank for the rocks at the end, I’m not sure I would have caught him”.

As it stands, Don-Wauchope loped past a struggling Madiba to storm home in a new RETTO Record time of 4h21min, breaking his own record of two years back by 2min. Thabang Madiba gutsed it out to claim 2ndplace, but must have felt he had the win in sight up until the very end.

Andre Calitz came in a few minutes adrift in 3rd place, but it was Christiaan Greyling – fresh off a TABLE MOUNTAIN CHALLENGE win – and Dom Wills (a true gentleman of trail) who both impressed with superb runs.

Landie Greyling so nearly tripped into the Top 10, running an immaculate race to win in emphatic fashion. She missed the 5hr mark and her own fastest time, but once again finished with her trademark smile in 5hr12min. Nicolette Griffioen and Susan Erskine Don-Wauchope followed over the line to claim the remaining podium spots.

‘The Otter’ – presented by SALOMON and GU, and organised by the classy Magnetic South crew – undoubtedly rates as the pinnacle of trail running in South Africa. No other trail event combines quality organisation and dramatic scenery with a top class field in the same way, and it is no wonder people flock from around the world to take part in what is truly the ‘Grail of Trail’.

All in all, it was another near-perfect day in the office for me and fellow shooter Peter Kirk.You cannot beat the backdrop afforded by the Garden Route National Park to all these brave heroes of trail who conquered ‘The Otter’. Massive respect to each and everyone of you, and thank you for the smiles 🙂