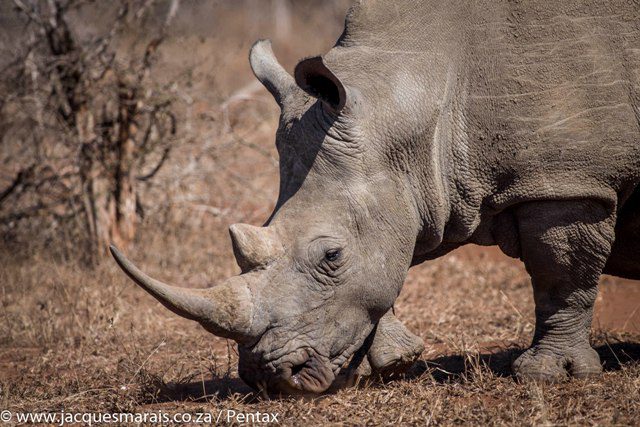 For six days last week, I traveled with a group of international journalists on a fact-finding mission around southern Africa’s key rhino conservation ranges. Funded by the neutral#Comanis Foundation, the focus of the trip was to meet with as many conservation specialists and rhino custodians as possible and – based upon their professional input – generate balanced reporting to reflect (or where necessary refute) current thinking.

Local journalists from most of the major broadsheets were joined by media specialists from the UK and USA, as well as an independent film maker from India. A wide range of rhino experts took time out to meet with us, allowing us an in-depth view into a dark underworld where rhino horn sells for up to an astounding US$60,000 per kilogram.

This means that a local poacher can walk away with around R200-300,000 for slaughtering a rhino in one of our game reserves or parks. No wonder then that more than 6000 rhino has been killed since 2009, with the unofficial tally for 2016 currently standing at approximately 700 for the year so far. (A staggering 2 390 rhinos were killed in 2014/15, which constitutes more than 10% of the total global population of these gentle pachyderms).

Private rhino owners (John Hume’s ranch in the NorthWest Province alone is home to more than 1400 rhino, far more than in the whole of Kenya); the heads of elite anti-poaching units in two provinces; national parks communication specialists; provincial nature reserve management; even the#BigGameParks rhinoceros custodians in Swaziland … all them agree unequivocally that the current thinking around rhino conservation must change in order to ensure the survival of the species.

This is obviously a very contentious issue, but the one thing that has become abundantly clear is that the arguments against the legal trade in rhino horn need to be reconsidered. Some exceptional articles have been published by Tony Carnie, Keith Somerville, Yolandi Groenewald and Aldi Schoeman since the #RhinoFacts Trip, and I suggest you read these in-depth before blindly regurgitating current ‘wisdom’.

Strong partnerships between the private and public sector have led to great conservation success stories, and hopefully rhino lovers from both sides of the current divide will unite in order to ensure the future of these magnificent mega-mammals.

All relevant articles, features and footage will be uploaded towww.comanis.ch in due course.