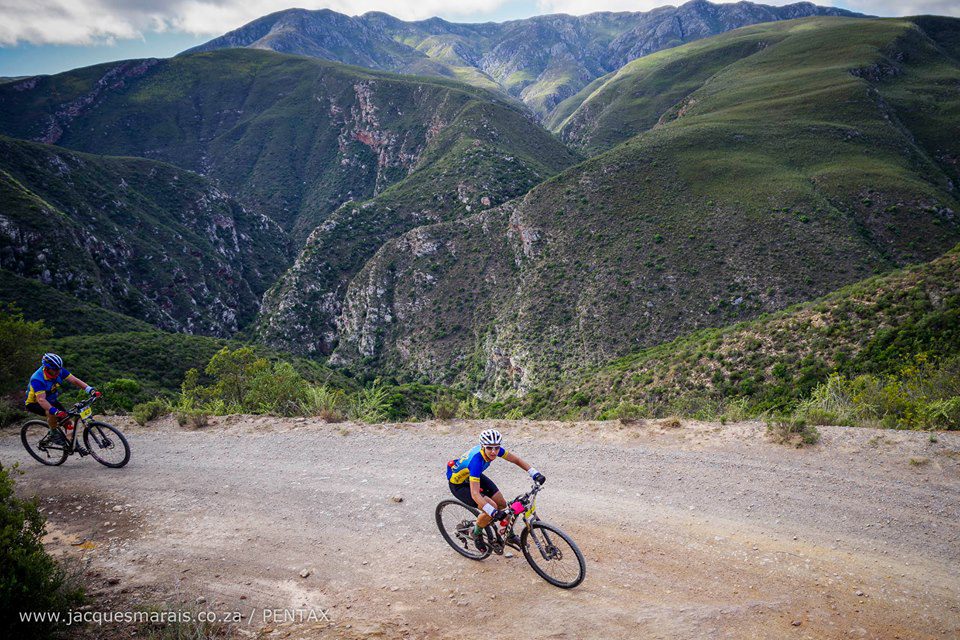 There may be a few other pretenders to the throne, but the#TransBaviaans 24HR MTB Marathon remains the original and one hundred per cent proof ‘Mother’ of all the single-stage Mountain Biking Monster events here at the southern tip of Africa.

If you’re brave (or fool-hardy) enough to dare line up at the start, you had better be prepared to commit mind, body and soul to a single-minded mission that can loosely be translater to Bike-or-Die. As they say in those Afrikaans Classics, “dié een is nie vir sissies nie”.

Once you check the race specifications, the harsh reality of what awaits these #TransBaviaans Bravehearts become chillingly clear … From the start chute in Willowmore, 230km of gnarly gravel whiplashes into the Baviaanskloof WIlderness lurking en route to the finish at Jeffreys Bay, with more than 3550m of accumulated ascent thrown in for not-so-good measure.

Errant buffalo, occasional leopard, puff-adders and rumours of night-time spectres will add to the natural and psychological obstacles. That is, if you manage to survive the extreme temperatures, thorns, wash-outs, corrugations, dehydration, muscle fatigue and ever-present SleepMonster.

This, however, does not seem to dampen the enthusiasm of the 1000-plus entrants who throw down the gauntlet to face off against the elements every year. In fact, two runnings of the #TransBaviaans have become de riguer due to the massive demand experienced by organisers, EcoBound Mountain Events.

Riders enter as teams of two or more, necessitated by the severity of the terrain and the huge chunk of time they will spend on their bikes. After all, you do not want to disappear off a cliff in the middle of one of South Africa’s most remote and untouched wilderness areas. If you do, you can forget about cell phone signal, and the closest hospital could easily be 3hrs away (but only if the buddy system works).

The fact that Wikus Van der Walt and his solid family team have so far managed to bring every rider home underscores how well they know this route after a dozen runnings of this legendary event. In short, it is a no-nonsense event with community buy-in from the local farmers and dorpies along the way, making it an earthy and absolutely unique experience.

This year, I had the opportunity to drive the route (with Route Director Zane Schmahl) while shooting, and then to get onto my mountain bike for #TBV2. Option B is by far the most rewarding, allowing you to both get in a good crank AND immerse yourself into the actual character of the event. One thing is for sure: it is damn hard work, even at less than half the distance of that those real #TransBaviaans heroes rode.

I’ve included more images than usual in an effort to capture as many faces as possible, and will also Upload all these images to a Drop Box site where riders can then download images free of charge.

And you know where to go for more info and images –www.transbaviaans.co.za