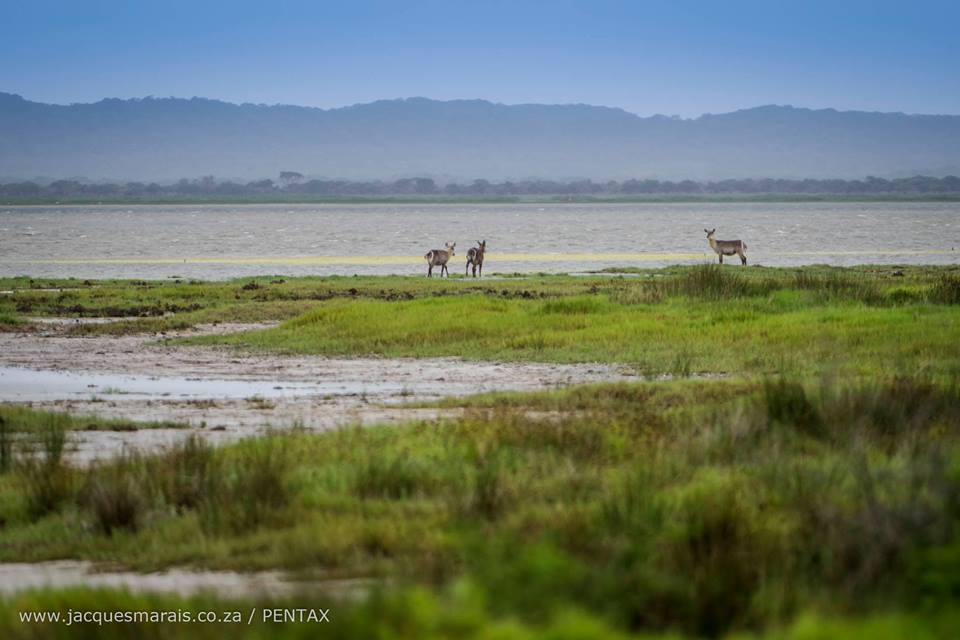 In case you haven’t realised it yet, this #iSimangaliso ‘Place of Miracles and Wonders’ is jaw-droppingly huge. It stretches over 332 00ha, all the way from the Kosi Bay Lake Sytem up against Mozambique, for well over 300km southwards to the south of Lake St. Lucia.

Our journey started up in the #CoastalForest Section near Rocktail Beach Camp, from where we then dirt-tracked our way past #LakeSibaya and #SodwanaBay. Impassable roads and inclement weather meant we had to skip the wild #uMkhuze section as well as #FalseBay along the Hlulhuwe River, thus missing out on some of the finest mountain biking available in this #WorldHeritage site.

But all was certainly not lost, as next on our radar was the #WesternShores. This truly breathtaking section of wild country stretches along the western shores of #LakeStLucia – hence the name – all the way from Fani’s Island, past #ChartersCreek and the ‘Estuary Narrows’ and to the exit at #Dukuduku Gate.

The most sensible access point into this prime #Big4 section is at #Nhlozi Gate, and I immediately navigated the Isuzu South Africa #KBbakkie onto the gravel roads tripping up towards #ChartersCreek, where a viewpoint with superb views across the lakes await.

Water buck, kudu, reedbuck, giraffe and buffalo dotted the grand wetland plains, very similar to some of the scenery one would encounter in some of our prime eastern African conservation areas. In addition to the mammals, we had some great sightings of greater egret, goliath heron, spoonbills, European blue rollers and blue-cheeked bee-eaters.

A quick run onto the #uMthoma Aerial Boardwalk was scuppered by a deluge of biblical proportions, resulting in a bunch of bedraggled and very wet children moping on the back seat. “At least we weren’t killed by a leopard” was the most positive comment from the back seat for the next hour or so.

We ended of the evening at Andrew and Tracey Zaloumis‘s home, set in the wilds of the park and with views to die for across the flood plains of the lake system. The kids (and us) climbed trees, we sat around the fire, and had some beers, and all was right with the world.

The TomTom #Bandit captured some great moments while snorkeling. All other images on the PENTAX SOUTH AFRICA#PentaxKseries Kit, together with my Clik Elite SA#ProExpress pack and Peak Design #Slide straps.

More information on #iSimangaliso can be found at www.iSimangaliso.com