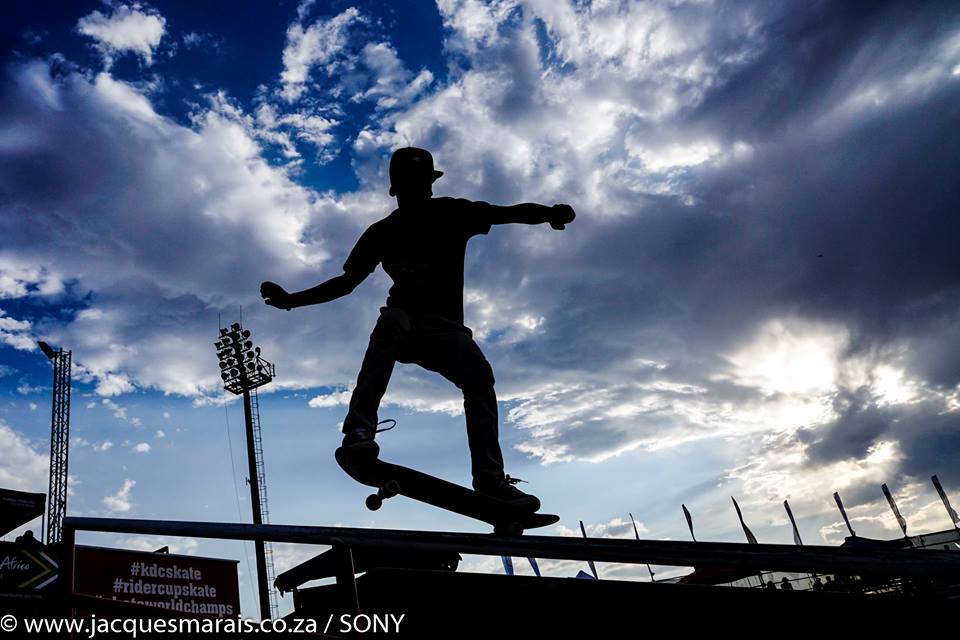 Updated on Saturday
The annual pilgrimage of all things skate in the good old RS-of-A once again kicked off in Kimberley yesterday, with the grunge generation heading into the Diamond Fields region of the Northern Cape.These skater boys and girls travel into this place of searing heat and roiling dust to see their heroes grab huge air and stick the most wicked of tricks, while maybe even having their own stab at glory during the Qualifiers. It’s an utter clash of cultures – death metal meets Bok jerseys, if you will – with some draw-jopping moments for the locals and visitors alike.Today (DAY 2) was basically a day of three parts, starting with the qualifying rounds for the Street Skating Champs, where a $100,000-00 whack of prize money awaited the top dog. Today will see the 12 finalists duelling it out to see who walks away as a Rand millionaire, so stay tuned.

In between the Street, Ryder Cup and the evening’s Vert Champs, the crowds were thrilled by the manic aerial acrobatics of Sick Nick de Wit and one of the keenest FMX crews I’ve ever seen gathered together at an event. The thumping howl of 4-stroke engines accompanied their fly-byes, with a double line adding to the froth of exhilaration.

The highlight of the evening saw a dozen of the world’s best Vert skaters taking on the half-pipe at dusk. This turned into a celestial skateboarding performance, with Jimmy Wilkins defending his Vert World Champ title, earning him $35,000. Mitchie Brusco placed second and Pierre Luc Gagnon finished third.

The Street World Championships will be held later today and broadcast live via SuperSport in 49 countries. More info and a live webcast on www.kimberleydiamondcup.com