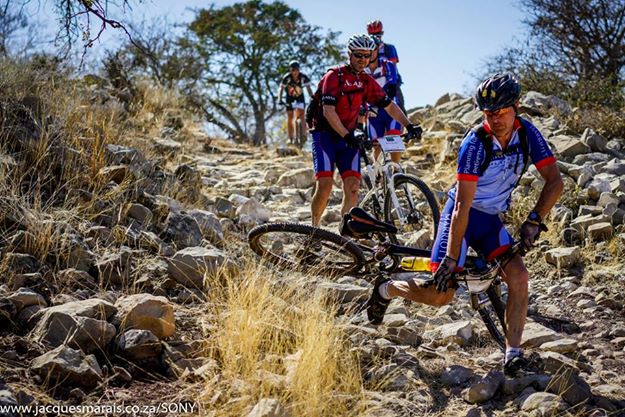 Okay, so I’ll come straight out and admit it … I’ve been dragging out the Uploading and Posting of my NEDBANK TOUR DE TULI images to Facebook. It’s not a lack of time or lazy thing, but rather a way of avoiding the #FOMO of not being there by living vicariously through the beautiful memories my cameras were allowed to capture while playing up there in the big-ass heart of Mama Africa.

Everything eventually have to come to an end, as did #TdT, but even on that final Day 4 I tried to drag it out. “Tony, let’s stop here and take in the view”, or just lagging behind and dropping a gear or three so that the sounds and sights and smells of the sub-continent could wash over me. Maybe permeate my grey matter like trail dust to make me remember the raw and visceral beauty of this place we are so fortunate to call our home.

But the kilometres clicked over inexorably, and the sandstone trails morphed to footpaths leading onto the wide and wet Limpopo River, where we had to carry our bikes over our heads through croc territory and onto South African soil.

And still the adventure wasn’t over. Twice we bumped into elephants, with the second encounter literally face to face with a herd right in the dense riverine forest, only a few metres from us. I’m not sure who had the biggest skrik, but I had whippped that Silverback Technologies Slider about before Tony had even reached for the anti-elephant spray. They lumbered silently into the bush, while I whimpered at warp speed in the opposite direction.

And then, the final climb up Mapungubwe Hill and into the finishing chute … such a bitter-sweet feeling to finish this amazing race. The fluttering of green Nedbank banners along the home run; hundreds of orange and grey Coleman tents buzzing with riders on a post-ride high; huge Supergroup pantechnicons delivering food and other logistical material …

Add to this Chris Crewdson’s flood-lit baobab trees; a supper spread fit for kings; the ever-present Bean There coffee guys and their life-saving cappuccinos … all in all a fitting end to an event that riders from around the world keep on coming back to.